2. What is a Balanced Line?

A balanced line is used for sending an audio signal down a cable while rejecting any induced noise and interference. Physically, it takes the form of a lead which consists of two central cores carrying the signal itself, and a twisted shield – it is usually terminated with either XLR connectors for mixing consoles and processors, or ‘bantam’ connectors for patchbays.

Each central core of the cable carries the same signal, but importantly, one core is wired out-of-phase. Before the two signals are summed together at the other end, the out-of-phase core has its phase re-reversed. The two copies of the original signal are now in-phase, but any interference or noise picked up along the way is out-of-phase, and cancels out when the signals are added together. As an added bonus, the signal now also has twice its original strength. This method was originally used in telecommunications for transmitting audio over long distances. 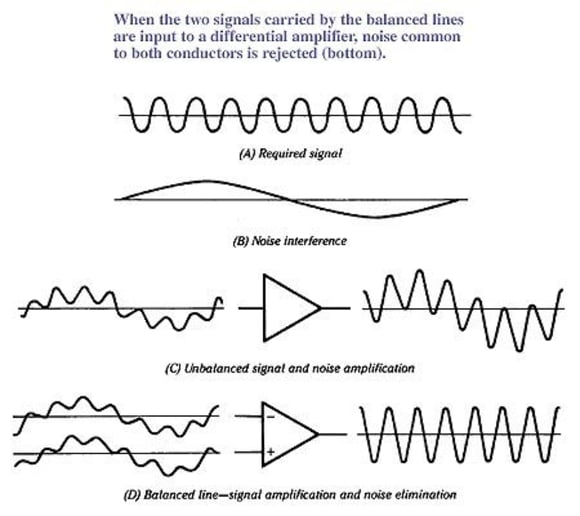