First and foremost, let us present a summary on the history of the modulation effects (which is unavoidable, as it is so friggin' exciting)

The first modulation effects appeared quite early, albeit not in their currently prevalent form. During the design process of the second classical Fender guitar, the Stratocaster, Leo Fender included an arm which allowed musicians to shift the string tension and this feature quickly ended up being repurposed. Leo was not overly pedantic with the descriptions, it is thus his fault that two, actually completely different things are confused constantly, even to this day. Namely, his "tremolo"-arm produces a vibrato, meaning it is the pitch that can be modified, not the volume (this - and this only - can be called tremolo). The wrong denomination is nonetheless constantly appearing in every single catalog. Oh well, what can you do. 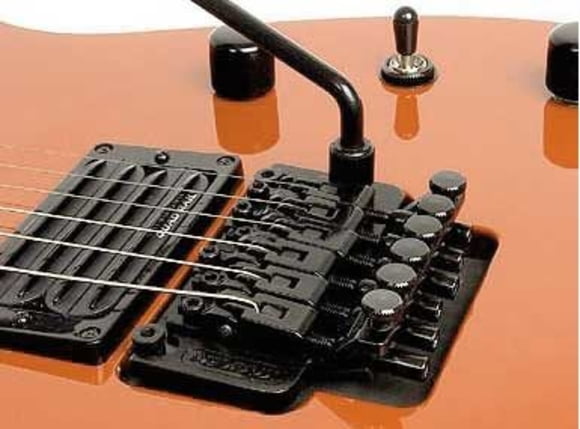 That is the reason lots of old (and reissued) Fender Amps label the button that actually serves to control the tremolo effect as "vibrato". At least Fender had a consistent approach to this error.

As soon as the first tube amps with tremolo effects appeared, the effect itself was used quite frequently right up until the end of the '60s. However, the appearance of brand new modulation effects led to it being considered outdated and so it vanished into the void for decades. Nowadays, the tremolo enjoys a huge amount of appreciation with the rise of the vintage sound-movement and it serves to deliver spectacular "shattering"-sounds - which is of course directly related to distortion.

The effect train was set in motion during the '60s by The Beatles (obviously) and Jimi Hendrix. It was The Beatles, who - with the approval of George Martin and the assistance of sound engineers Geoff Emmerick and Ken Townsend - tried out everything that seemed to be possible (and sometimes even the impossible), courtesy of their pioneering and avant garde approach. Backmasked guitar solos (I'm Only Sleeping) and vocals (Rain) could of course only be accomplished in the studio, but many ideas coming from The Beatles served as a blueprint for practical solutions. The Beatles were for example fascinated from how a guitar or vocals can sound with a Leslie (rotating speaker considered to be the standard with organs, especially with the Hammond). As the organ cabinet itself was simply too big and impossibly heavy, a solution had been developed by this time - this was the Vibratone cab. It contained a rotating 10" speaker and as the Vibratone could be directly connected to a regular guitar amp, the tube amplification so essential for the classic Hammond sound could be abandoned. The guitar sounds heard on “You Never Give Me Your Money” and “Badge” by Cream (co-written by and recorded with George Harrison) make use of this great effect.

Two decades passed and using the same cab, the legendary Stevie Ray Vaughan produced wonderful whirring sounds (on “Couldn't Stand the Weather” in particular). David Gilmour also made use of this effect extensively, especially on “Dark Side of the Moon” and his monstrous setup still includes at least one of these cabinets even to this day. 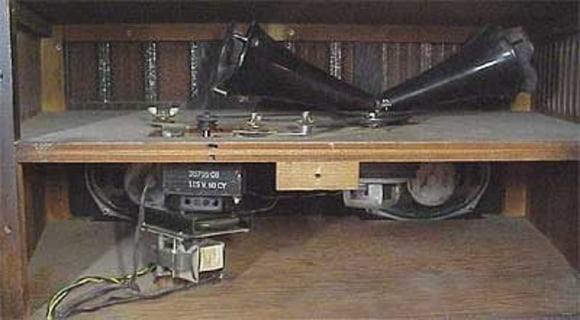 This small version still proved to be overly heavy though, so Mr Roger Mayer, the man who, after supplying Jeff Beck and Jimmy Page with various boosters, developed the Univibe unit that was used by Jimi Hendrix. The device behind this moniker is a stunning pedal, which was able to bring the Leslie-sound onto the stage in a compact shape that was easy to transport. The similarity with the actual Leslie is not all too stunning, but the majority of guitar players liked the modulator very much back then. This pedal set the standard for all future modulation pedals. 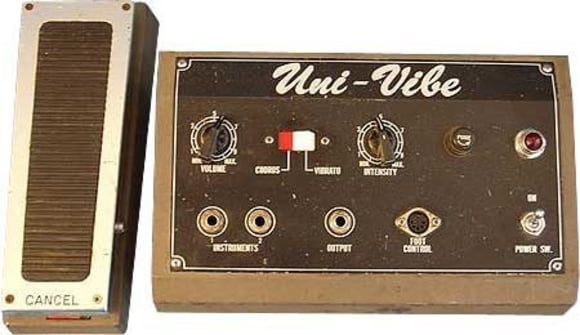 Let's jump back to The Beatles. They had been recording double vocal tracks in the studio since 1964. This was a tiring and not always overly successful process, as they needed to try and replicate all the tiny nuances of the original track as accurately as possible during the second take. Regardless of this, their continued success justified the effort. John Lennon was the member of the band who grew tired of this process, he liked to record his vocals in one take, consider them taken care of and simply forgotten. Ken Townsend developed artificial double tracking or ADT, which allowed the vocal track to be immediately copied onto a second tape machine which was then synchronized with the original. This had a variable speed control and had to be slowed down or stopped several times to achieve the desired effect. This method was commonly referred to as “Ken’s Flanger” and has been in use since 1966. Clapton's legendary solo on While My Guitar Gently Weeps has been tweaked a whole lot more, because Clapton reckoned a song by The Beatles shouldn't sound too Claptonesque.

If you want to hear what happens if an entire mix is tracked in this way, you can listen to the end part of Jimi's “Axis: Bold As Love” or “Itchycoo Park” by the Small Faces. Pedals have since been developed which allow the effect to be easily used on stage.

The phaser pedals (in direct succession of the vibe effects) imitated the Leslie-sound and quickly gained popularity. Everyone could now modulate on stage as the pedals were affordable. Though they did not produce such a spectacular sound as the flanger pedals, they were in turn not so annoying either. 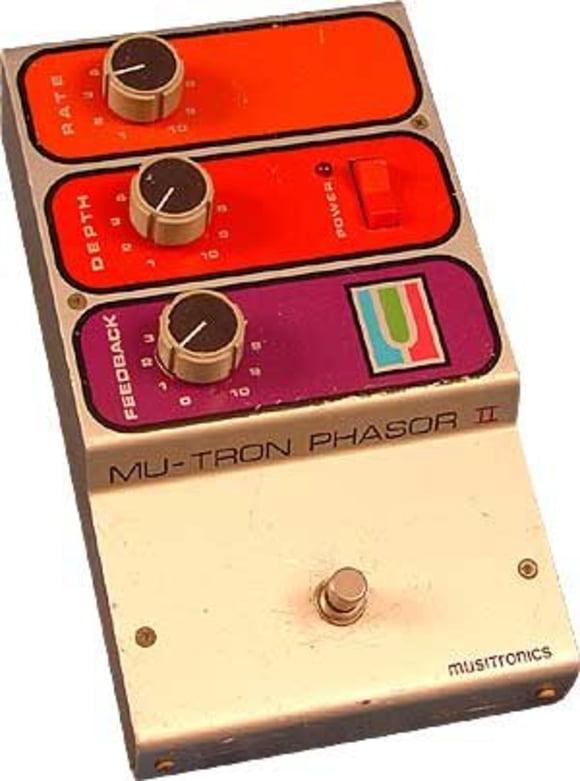 The flanger pedals appearing in the mid-'70s came pretty close to the age old studio effect and many guitar players started selling their phasers in order to buy one - it was flanging high and low. On recordings of this era, you very rarely hear the effect used and there is a good reason behind this. A flanger with an intense set up can sometimes be too much. However, there are a few good examples where the effect has been used: Many of the young Eddie Van Halen intros and clean passages have made good use of the flanger. Another great example is “Barracuda” by Heart; it makes sense musically and avoids the annoyance factor. A flanger can of course be set up with the aim to achieve this fighter jet effect, but it is not necessary. Used sparingly, floating sounds without any "swooshes" can be achieved very close to the cousin of the flanger, the chorus, which came almost at the same time. Back then, the chorus effects selling point was that it replicates the sound of a 12-string guitar or a Leslie, which was not entirely true. It could certainly reproduce the width and float of a slow turning Leslie, but not the rotation. It also does not really replicate the sound a 12-string guitar as the typical 12-string sound originates from the octave-strings and no pedal on Earth can really reproduce this.

Regardless, the chorus immediately became a favourite and remains so to this day. Many guitar players continue to use this effect to achieve a stereo sound (which is a question of taste in case of distorted sounds.)

The essentials have been covered, as nothing significant has happened since then other than the rack effects that became increasingly popular during the '80s. However, these could not exhibit the charm and warmth of the smaller devices. The digital variations have since become more accessible, but even to this day the pretty sound of those less perfect, but warmer, more charming analogue originals could not be reproduced with them.