Leslie simulators are devices with the sole purpose of creating an electronic simulation of the classic floating sound of a rotating speaker (made by the Leslie company, named after its inventor, Don Leslie). The Leslie cabinet was originally designed to enhance the sound of the Hammond organ and it is an inherent part of the typical r'n'r organ sound. The guitar players acquired a taste for it not long after, so one can hear a "Leslie guitar" on "Something" by The Beatles, and also in the legendary break on "Badge" by Cream, played by the one and only Eric Clapton.

The effect can be divided into an analogue and a digital subgroup. The latter can be found in the majority of multi-effect units.

Analogue floor pedals are also available. The Hughes & Kettner Rotosphere could be considered the high end of this group, which is used by such renowned and distinct Hammond/Leslie experts as John Lord and his direct successor as the keyboard player of Deep Purple, Don Airey. The Rocky Roads from Danelectro is a much cheaper, though less authentic variant. The (supposedly) very first Leslie simulation was used by Jimi Hendrix. 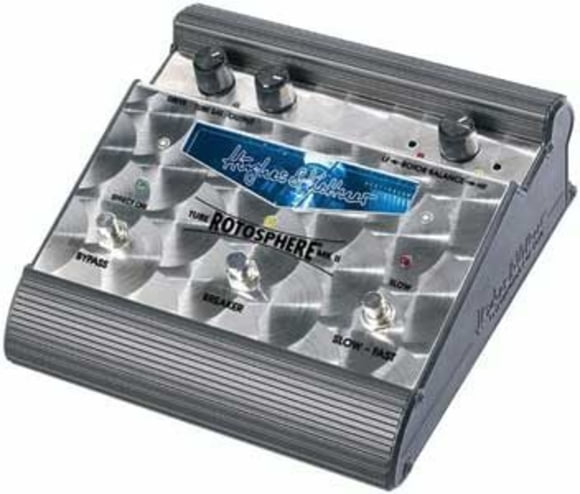