It takes a certain amount of time for audio data to travel from the outside world, over a bus, and into the computer. There's the sampling and conversion to whole values, the communication with the driver, the negotiation with the operating system, and finally the processing by the software all of this takes time. We call this time delay 'latency'.

Latency is further complicated by the fact that the data flowing into the computer over the bus must be regulated to prevent loss or disorder. It needs a built-in block of thinking time to ensure a constant stream of data this is called a 'buffer'. The buffer fills with data, and gives the computer the breathing space to organise the stream properly and prevent any gaps or loss of data. A larger buffer will increase the amount of data the computer can successfully cope with, but this in turn increases the latency, so in order to reduce the latency, the buffer must be made smaller, which in turn makes the computer work harder to maintain the stream. 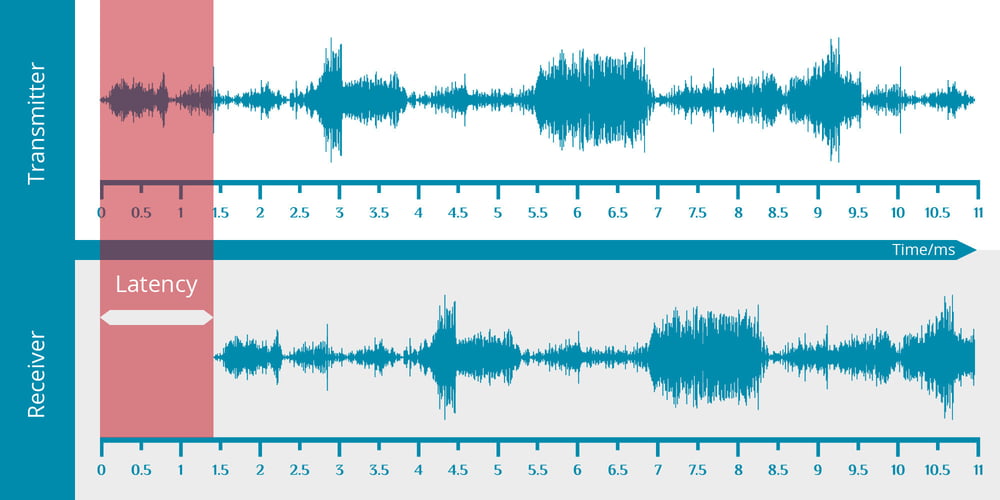 When is Latency a Problem?

Delays are not always a problem, and in fact most people don't really experience the effects of latency with modern systems. Few people would notice a 3ms delay, which is a common high performance setting, and to put it in context it's the sort of delay you'd experience by standing six feet from your guitar amp. Once the delay gets up past 10ms then the brain starts to notice the lag.

There are a couple of situations where latency can be a problem. The first is when monitoring audio through your software. For instance, you might be recording vocals with a singer who wants to monitor their voice with reverb on, so you've not just got the latency of your system, you've also got the added processing time of the reverb plug-in. If the latency is too high, then their voice will be out of sync with what they hear in the headphones highly off-putting. Latency can also be a problem when using virtual instruments - software synthesisers - that can be played live from a keyboard. If the latency is too high then there'll be a delay between striking a key and hearing a sound, and that can make playing impossible.

Finding the balance between latency and the processing power of your computer is the key to a stable, usable studio.