The decision of which interface to choose will depend on your personal specifications and should be made with those in mind. Ideally you wouldn't purchase an interface with features you don't need. On the other hand it may be worth allowing for future expansions. The most important things to consider when choosing are:

What do you want to connect?

The essential question, which devices do you already have, which do you plan to have? If you are planning to increase the number of devices or simply wish to upgrade your current ones, you should take that into consideration. For insatnce, an unused ADAP-Port left free can later be retrofitted with an adaptor for us as up to eight Analog-I/O's.

How do you work?

How will you use the audio interface?

If you are constantly on the move, an interface with USB or Firewire connection should be considered. If your desktop computer is stuck in the studio, you can take advantage of the slight performance increases offered by PCI's or PCIe's. When it comes to home theater and gameplay, surround sound support and game compatibility are important considerations. Producers of high end audio equipment usually put little focus on these however, so for more professional setups you should use an additional consumer card for your home entertainment needs. 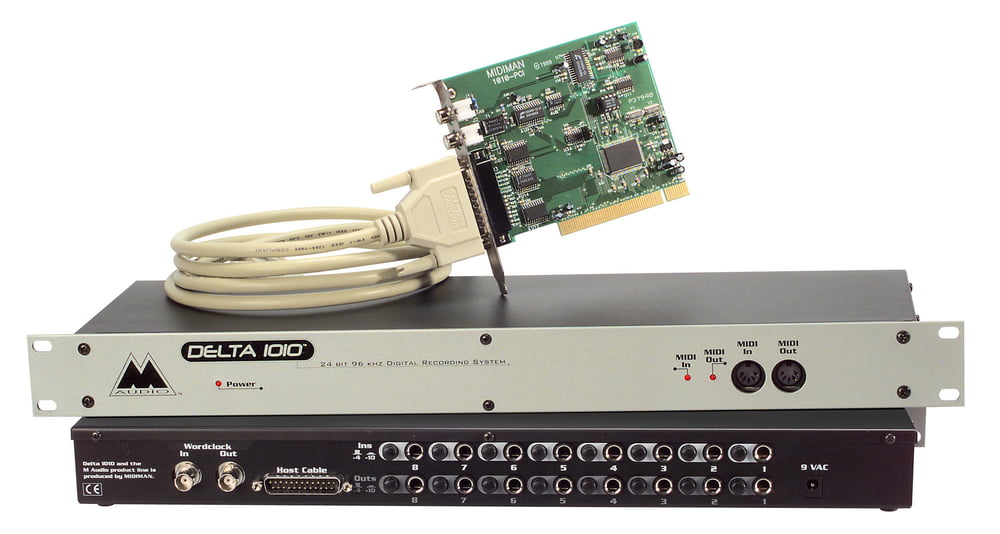 For audio interfaces with the classic PCI format, the connections are often routed to the outside via a cable or external connection box (breakout box).

Are you planning further changes in the studio?

Is a switch from Mac to PC or vice versa in sight? Then don't buy anything that has no or insufficient driver support on the target platform. Also do not rely on manufacturer promises when it comes to future driver support. Only buy cards that already have a matching driver for your application(s).

Basic recording software is included with many cheap interfaces. These are usually much stripped down versions of popular recording software such as Cubase, Studio One, or Ableton. You won't be able to make huge improvements but it is enough to get started in recording without spending any additional money. To that end, you should inform yourself about the basic capabilities and user interface of the included software before purchasing. As a rule most professional level audio interfaces do not come with recording software.