Practise mutes are an invaluable tool for any brass instrument player not having the luxury of their own sound-proofed practise room! They are very similar to the straight mute, but have a solid ring of cork at the neck, which like the harmon mute, forces all the air from the bell of the instrument into the mute, which in this case has small holes drilled in its base, allowing the air to escape almost silently. Sometimes called ‘hotel mutes’ they enable players to warm up or practise in relative silence - something that can be of enormous benefit to anyone not wishing to disturb neighbours or family members!

Practise mutes also make excellent teaching aids, as big improvements in tone are possible by practising with them, due to the increased air resistance. 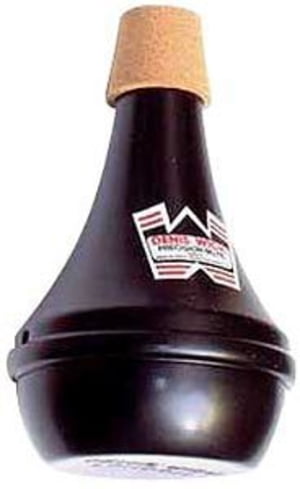