3. How it works and how it is played

The tuba can be played sitting down, standing up or, if you prefer, lying down.

However, since the tuba is an instrument weighing some eight kilos, sitting down while playing is probably the most comfortable choice. Depending on the size of the player, the tuba can then rest on the player's leg, the chair, or even a special stand. When walking or marching, the tube can be held up with the aid of a shoulder or back strap.

Tubas may have three to six valves, and some have additional valves to allow for accurate tuning. As a rule, they are played with the fingers of the right hand. All other valves can be ordered in any way the tuba player desires. Valves are also available as thumb valves, so that fifth valve can be, for example depressed with the right thumb (usually designated as 4-1). A further variation is the 4+2, which features four valves on the right which are operated with the right hand, and 2 further valves on the left, which are operated with the left hand. 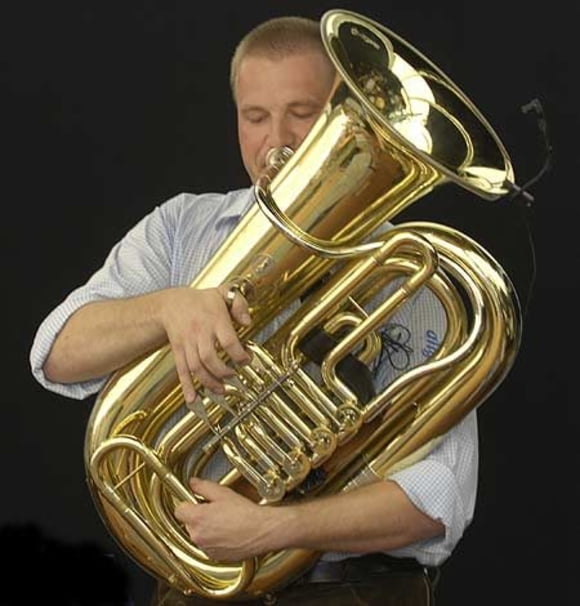 Depending on the instrument's construction type, the bell points to the right, the left, or forwards from the player.