Who hasn't encountered this scenario: Despite accurately tuning the guitar with a tuner, it still sounds out of tune, especially in higher registers. This problem is usually caused by old strings or bad intonation – or both. 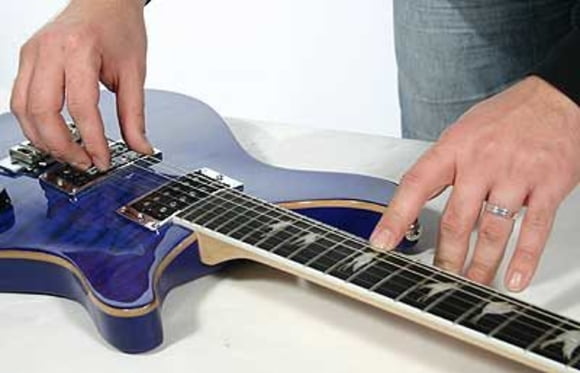 If you follow the guitar's strings from the nut to the higher registers, you'll notice that the distance between the strings and the frets increases. Consequently, you need to depress the strings by varying amounts, depending on the position on the fingerboard. In the lower positions, starting with the first fret, the distance is the smallest, while higher registers (starting around the 10th fret) require a farther “push”, depending on the action.

In conjunction with other factors like the different thickness of the strings and different alloys, this circumstance directly affects the pitch of the played note. A longer distance increases the tension of the string, thereby raising the pitch.

And there's another thing to consider: While thick strings (especially bass strings) require a shorter “push”, a thin string must be pressed down farther, which means that the effect is much more noticable with thin strings.

On an electric guitar, the saddles (where the strings meet the bridge) can usually be adjusted for each string individually, allowing you to change the length of each individual string by moving the corresponding saddle. This means that you can fine-tune the tuning relationships between the strings, and adjust to your liking. 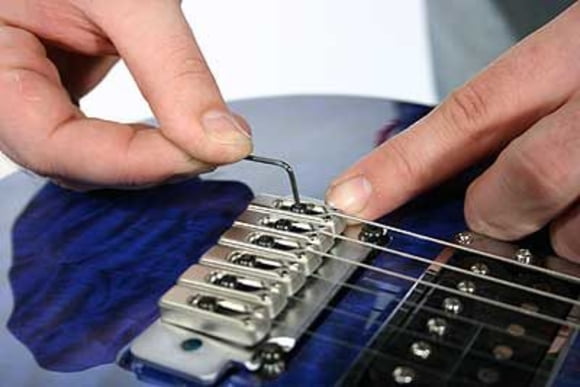 Due to the way guitars are designed, it is extremely difficult to achieve perfect intonation, even with meticulous fine-tuning and adjusting. The G string is particularly prone to problems and has driven the bravest of technicians up the wall. Here's what happens: After adjusting the intonation of the G string as described, the 12th fret and the harmonics sound in tune – everything's fine so far. Upon moving up to the 1st fret (G#), you will usually find that its tuning is a little sharp. This is perfectly normal, and if the deviation stays within a certain tolerance (a few cents), it's not much of an issue. As you go higher on the fingerboard, the deviation will decrease again. If the tuning of the 1st fret is off by more than a few cents, a compromise must be found: The tunings of the notes at the 1st and 12th frets need to be adjusted so that both lie within a tolerable range.