The ability to re-work recorded material is an important advantage of digital recording systems. With the help of diverse editing tools it is possible, among many other things, to copy, move, extend and shorten the recorded material.

The exact manner in which this is done depends on the model, but the basic way it works is almost always the same: After setting the markers (locator points), parts of songs can be copied and moved. So an already played portion of a song can be used in multiple locations within the recording in the exact way it was played the first time. This allows you to trim something like a drum loop down to the exact timing you want and then copy it in sequence. 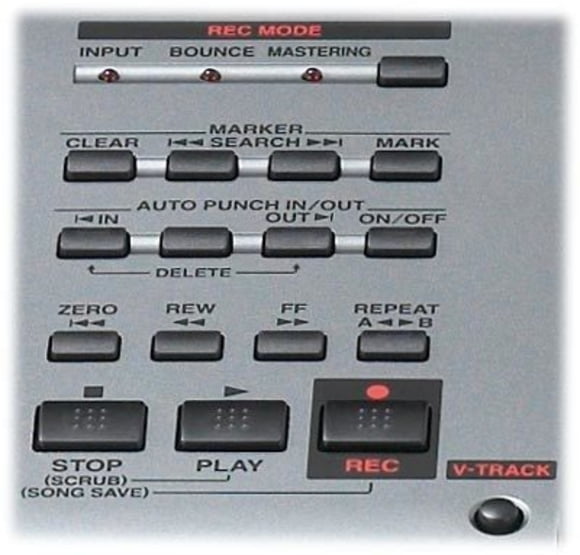 Here is a small list of the most common editing functions included with digital mulitrack studios.

The scrub function is a great relief when it comes to finding the right entry and exit points of a track making it really helpful when setting locator points. With its help you can scan specific areas of a track under an ‘acoustic’ magnifying glass, allowing you to mark and copy individual measures of a phrase or drum track with precision, accuracy and timing. This is how it works: To lay down a simple drum-loop, you need to set a mark in the area immediately before the ‘1’ of a measure. The scrub function helps in finding the ‘1’. At the end a second locator is added before the 1 of the next measure. Now you can copy the data between the locators and repeat it as many times as you want. With a little practice you can reshape and change entire arrangements.

Moves the data from a marked area to the desired position of the desired track. Normally the moved portion of the source track is deleted in the process. Just as with the copy function, the move function can be used to move a section around within a single track as well. The copy and move options are very practical and make hard disc recording systems into very creative work spaces.

All available models should come with a punch in/out function which allows you to precisely replace different parts of a song. The area to be recorded is highlighted, and after the function is activated, recording mode activates at the corresponding point and ends at the pre-defined exit point.

Deletes the data of a specified (marked) region. All data behind the deleted area will be moved forward by its length. So timing problems are avoided.

Inserts a blank area in a specified (highlighted) area.

Swaps the data of specified tracks.

Changes the length of the selected area of an audio track without changing its pitch.

Changes the pitch of the selected area of an audio track without changing its length.